It has been a manic week here.  How about with you?  The topic of today’s post has so many lessons involved that I’m sure you’ll be hearing more about it in the future, so hopefully I’ll find a lighter lesson later. I realize that Americans (and other developed countries) live in a “disposable” time.  We, in the universal sense, have disposable mindsets in our purchases-buying $200 cell phones knowing you’ll probably be getting a new one in a year or two, in our marriages-“If it doesn’t work out, I’ll just get a divorce.”, and in our ethics and morals-the genocide of millions of unborn babies disposed each year.  In an era where one can easily get rid of, start over and replace, I see spirits of apatheticness and mediocrity (and a lot of other spirits, but this post is already heavy enough) leaching into lives that used to be full of striving hard, doing your best and not wasting what you have.  With the decrease of value in life, both physical and material, came a decrease in caring.

When our latest investment opportunity came up, I shouldn’t have been all that surprised at the depth of this spirit, but I was and continue to be.  We have friends who live even further in the boonies than we do that had a neighbor move in, build their house, and fill it with stuff.   Through lack of knowledge in construction, laziness, cutting corners that shouldn’t have been cut, or all of the above, the septic system stopped working, the one wood stove didn’t heat the ginormous house effectively and the first big snowfall resulted in a collapsed roof.  Thankfully, the family had already left when the roof came down, probably due to the miserableness of no toilets and a freezing house at below temperatures.  However, they never came back.  A house full to the brim with life and their stuff and their dreams and hopes and it’s left without a second thought.  After two years, rather than see the place torched by the owner, our friend made an offer and it was accepted.  The golden opportunity of investment for literally pennies. 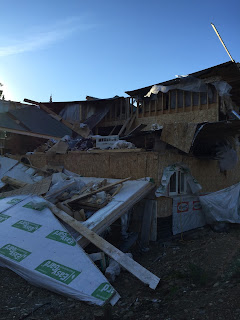 This last week, on top of our other goings-on, we were busy cleaning up and making somewhat safe a disposable house.  It’s been a modern day treasure hunt.  The boys, with their fascination in junkyards, are in hog heaven running around the perimeter searching for the latest cool find.  They are (and, if I’m honest, the adults are as well) enthralled with what the next awesome find is going to be.  As we scratched at the surface, because we literally are at the surface of discoveries, and pulled bag after bag of perfectly good food and herbs and cookware out of the house, a sadness hovered over me.  A sadness of the waste that could’ve been avoided and the lesson learned.  Because while we were able to pull out literally over a $1000 worth of stuff we can use in a couple of hours, the trash pile is going to be huge.  Where books and food and 6 tvs and more are destroyed now after two years of sitting exposed, it would’ve only taken a day or two to salvage and empty the place when it first happened. 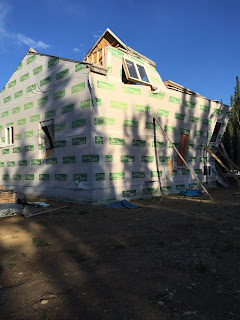 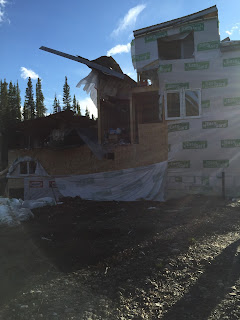 This is the spirit of apatheticness that we are up against in a huge in-our-face life lesson.  An indifference to life that screams disposable.  While this is an insanely profitable investment opportunity, I think the golden opportunity lies in the lessons we are going to be able to teach our children.  Teaching them the desire to not only do things correctly, but to the best of their ability.  As we build our house simultaneously with tearing down the other, teaching the importance of knowing what you are doing and recognizing when you need to ask someone for help.  As we dig through the clothes, toys, homeschool supplies, movies, and books and everything else teaching our children, and reminding myself, that we need to remember the value of our stuff, and though we can dispose and replace very easily in today’s lifestyle, maybe a truer sense of character and worth would be in valuing the things we are blessed with in taking care of it and salvaging rather than replacing.  Instead of striving for a life of excess and waste so apparent today, striving for a life of minimalist, so you have more to give to others.  It seems almost an insurmountable task, teaching our children a spirit that is in complete contrast to life that bombards us everyday.  However, “Jesus looked at them and said, ‘With man this is impossible, but with God all things are possible’” – Matthew 19:26.   And there lies the solution.  God’s Word doesn’t teach a life that is disposable, but rather a life worthy of being redeemed.  If I am diligent to teach the lessons laid out in the master syllabus of lesson plans, the Bible, my children will find the life promised by society lacking the fullness that only a life steeped in a relationship with God can produce.  As we spend the summer and following year or so digging through a life that was disposable and redeeming it to something of worth and value, I’m praying God will reveal the precious lessons He wants us to learn in the golden opportunity He’s blessed us with.  Until next week, have a manic and blessed one! 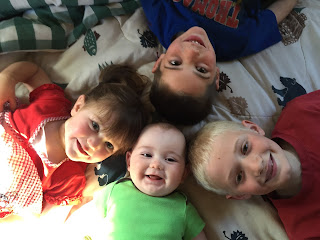 Posted by Alaskan Blessings at 11:08 AM