So in my mind at the end of November, I had grandiose plans of crafts and joy around the table and hearts full of focus and love for Jesus and His birth.  I thought to myself, "This is going to be awesome!  Exactly what I want our focus to be for the Christmas season."  Well somewhere around King David, I realized that my expectations and desire for, I don't know, the perfect advent study got in the way of truly enjoying each other and our study of Christ's history and why we celebrate Christmas.  It became more about the perfect craft, and getting all the 'work' done became more important than enjoying the craft or lesson or whatever we were doing.

Reality = not so beautiful and certainly not something I am proud of.  I became so stressed with trying to come up with some great ornament to make or do whatever cute activity I ran across on the internet that I was more concerned about the work and not the reason for the work.  I became frustrated with the boys and their lack of enthusiasm at the great 'whatever' I was forcing them to do that day.  One day I literally broke into tears and had to send myself to my room to get a hold of my emotions all because I was crushed that the boys were not as thrilled as I about what we were doing.  I mean, didn't they understand all the hard work and sacrifice I was doing giving them the perfect Christmas study!  And as I laid on my bed feeling extremely sorry for myself, it hit me like a wrecking ball.  When had this become about me?  I had taken something beautiful and turned it into something selfish.  Wow!  Talk about getting down before the Lord and begging for forgiveness!

So I put the brakes on and slowed down.  The boys were obviously not having fun or learning with Mom's Militant Christmas.  We've been reading the Jesse Tree, but I haven't made them make any more ornaments...and they haven't asked to, which kind of shows me how far I went in the wrong direction. Of course, we've had life come up, travels to Fairbanks and sickness, however instead of stressing that the perfect Christmas advent isn't getting done or that we are falling behind schedule, I've decided that it doesn't matter if we finish before Christmas.  I mean the wise men didn't show up until after Jesus' birth, so why can't we just continue after His birth too?

Our attitude since the brakes came on?  Well, not perfect, but then who is?  But we've definitely been enjoying each other and our activities more.  I still like the idea of studying the Jesse tree during December, but I've realized that I need to be better planned.  Doing things last minute just doesn't work for me, since I want better than last minute results.  So next year, I'm going to be planning way ahead so I know exactly what we are going to do and hopefully the stress will not be and the focus will remain.

So for those that have been reading, thanks for following.  As difficult as this was to write, I hope it encourages you and pray your focus is on the Reason for Christmas and not following in my wayward footsteps!

Until next time, God Bless! 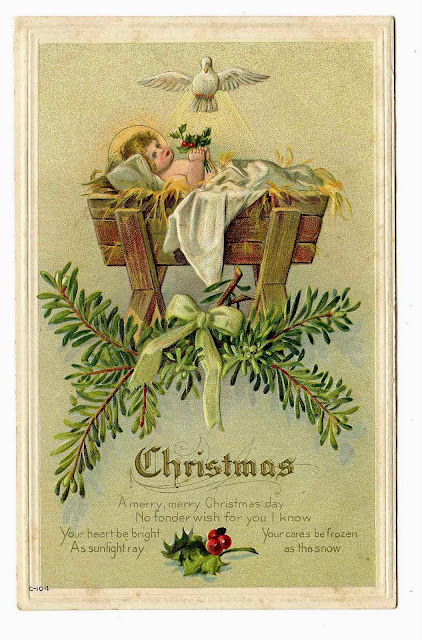 Posted by Alaskan Blessings at 10:53 AM